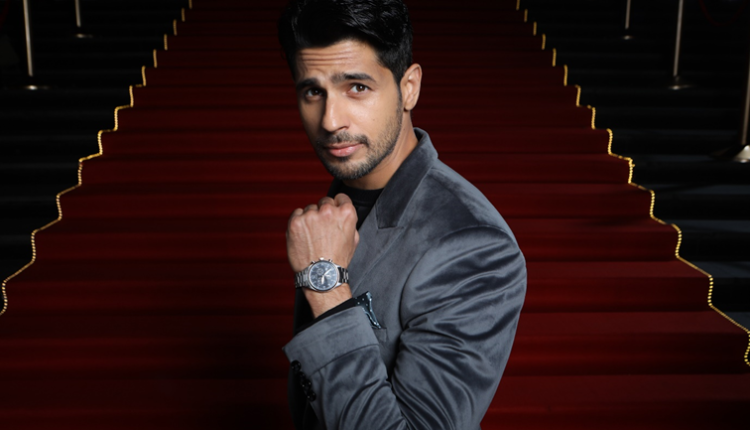 In a recently released video that is creating a buzz on the internet, a sharply dressed Sidharth Malhotra, donning one of the best watches for men, steps onto the red carpet amidst the flurry of paparazzi and fans jostling to capture him in all his glory. The suave Bollywood star smiles and climbs up the fleet of stairs before swiftly posing for the camera and saying: “To be successful, you need to have blind faith and belief in your future and in yourself!”

If you think this is a scene from one of his upcoming films, then the answer is ‘No’. Instead, it is from the launch of a ground-breaking brand campaign WE DON’T STOP™ by none other than Timex – the global leader in watchmaking. And fronting the campaign is Sidharth Malhotra, along with other renowned changemakers from all over the world including global athletes, activists, musicians, and more.

But what’s the story here?

The answer lies in the above-mentioned words of the self-made actor who perfectly encapsulates the spirit of resilience, grit, passion, and determination being celebrated by Timex’s campaign.

In a nutshell, the WE DON’T STOP™ campaign provides a platform for people from various spheres of life to share their stories of how they have risen against all odds and conquered all challenges and inspire billions to continue to persevere amid difficult circumstances.

One such story that resonates with the Timex ethos of resilience and persistence is that of Sidharth Malhotra – an Indian Bollywood actor who made his mark in the industry without any background or connections, and today commands the following of millions of fans. It is his can-do attitude and upbeat personality that have made Sidharth Malhotra an icon and an idol in the eyes of many.

In his own words, the actor has shared his inspiring story through the brand campaign. From starting off as just a model trying to make some pocket money and looking to take care of his rent to becoming a successful Bollywood actor who turned every hurdle into an opportunity, Sidharth Malhotra looks to be unstoppable at the moment – just like the perpetual motion of time measured through the timeless ticking of world-renowned Timex watches.

Right from the get go, Sidharth has been the very definition of a self-reliant, confident, and relentless individual. There was a time when he had to quit modeling because he was dissatisfied with the profession. After cracking the audition for his first film, his dreams seemed to suffer from another setback as the film was eventually shelved! But Sidharth Malhotra, like the perpetual motion of time, never knew how to stop or give up. Eventually, he not only made his debut but also won the Filmfare Award for the film. That moment was the start of a beautiful journey for him and his fans, and proves the fact that as long as you never stop trying, nobody can stop you from achieving your dreams!

Sidharth Malhotra is truly a great example of someone who resonates with Timex’s WE DON’T STOP™ spirit. Like Timex has constantly pioneered great craftsmanship and innovation with the changing times in regular and luxury watches in India and across the world, Sidharth Malhotra too has shown the worth of never stopping despite testing times. Hopefully, inspired by his story, more SidharthMalhotras of the world will come to the fore and make India proud!

Order Zippers by the Yard to Get the Right Zipper Length

Delightful Fall Fashion Trends to Watch Out For

Top 4 Clothing Tips For Women To Get That Ravishing Look

Know About The Reasons To Purchase Or Shop For Vintage…

6 Gift Ideas For This Festive Season

Top 4 Clothing Tips For Women To Get That Ravishing Look

Know About The Reasons To Purchase Or Shop For Vintage…